re: Drawing and Printmaking (at Prince George's Community College)

An invitation from John Anderson (curator of the show) read (in part):

"The general theme of the exhibit is to explore an overview of drawing techniques and applications, to include representational, abstract, narrative, illustration, cartoon, process, alternative processes, and automated.

I've invited you because I was initially interested in how the drawing process translates to the printing process, and would like to exhibit available prints from the Pathfinding series" 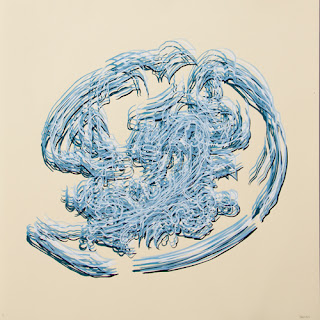 Posted by Scott at 8:30 AM No comments: Links to this post

This is a reproduction of a journal that documents a summer of contemplating the concept of "place" by engaging in work to define "place" through projects; a place in time, a place in location, a place in history.

It includes plans to the Kawanhee Boathouse chair, which became the main focus of this project. The chair is simple to make and very sturdy. It is intended to be compact and should weather the seasons well. Everything can be done with a chop saw and drill. All wood is standard 2x4 that can be cut at home or by the local lumber yard.

Make your own Kawanhee Boathouse Chair!

Make your own place! 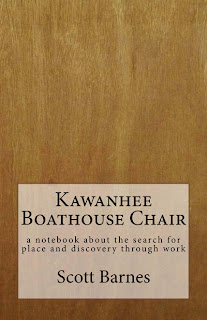 Posted by Scott at 6:00 AM No comments: Links to this post 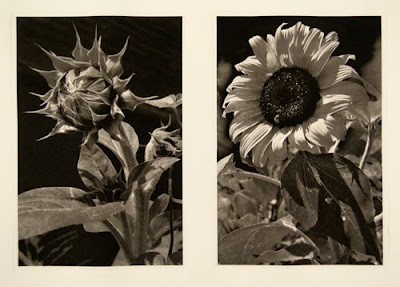 There are still a few more things to write, but most of the book is being reviewed by select people that I trust to give me feedback while respecting the vision I have for the project.  I suspect, since it is now August, and people are on vacation, the publishing date will be delayed by a couple of weeks.  I still expect to have it ready for printing in September with a public release date that will immediately follow.

The diptych above is shown in its first state.  The image on the left ("Calyx") is unchanged, so what you see here is the final version.  I decided to burn out some of the cloud background in the image on the right ("Corolla"), allowing the fully bloomed sunflower more prominence.

I am experimenting with 2 and 3 color versions of each image, inking a-la-squeegee.  "Calyx" has seen some success, while "Corolla" needs some more tinkering to achieve the full richness of the black & white versions.   I am looking forward to playing with this image some more at the end of August. 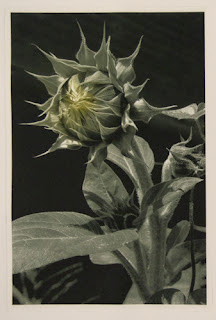 I had a little bit of success with "Corolla" at the last minute.  It makes getting back to this place in September even more encouraging.  Below is a quickly-photographed print to show the direction the print is headed. 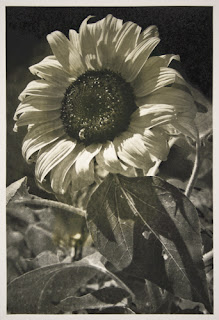 I think that I just need to find a different yellow and the image will be complete.


Posted by Scott at 6:00 AM No comments: Links to this post