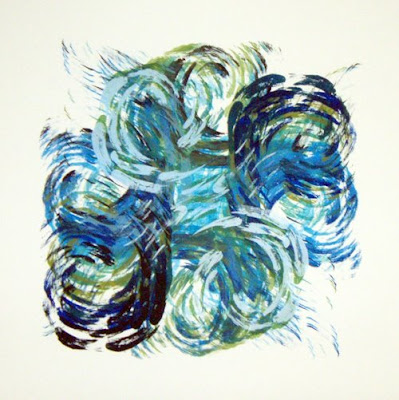 I don't know what to say about this one except that making it was about as ordered and chaotic as it looks.
It goes around and around in circles/cycles not quite sure about where the connections are, what the direction is, but there is still an order (in multiple dimensions)
Posted by Scott at 1:30 PM No comments: Links to this post

a response to a student's question

"POSTmodernISM is often a B.S. talking point used as a feeble attempt by most people to seem like they are contemporary.
The "ism" makes it more BS than the silly "post" moniker, particularly if you are looking at a Derrida based deconstruction (he has said over and over that if his "deconstruction" ever became "deconstructionISM" then it would not be his intent or even nearly the same thing he has been talking about)

Check out Derrida, Lyotard, Nietzche, and pre Tibetan Buddhism (or preferably Taoist texts) and filter the contemporary rhetoric through those lenses.

In my opinion, both extremes are foolish endeavors, motivated by desire, and as separate as the republican/democrat two-party political system we have here in the U.S. (two different parties,but still really the same shit)

Often, a misunderstanding of deconstruction and "post" modern is the same misunderstanding of both nihilism and buddism. The point is NOT to come to some sad realization that everything is a construct, thus a lie. It is to recognize that we (humans) construct our realities without awareness. A recognition of these constructions can be found (if you believe Derrida) through deconstructing them piece by piece, within each paradigms' own rules. A similar result can be found through the neo-Buddhist writing of Nietzche, particularly in his recognition of the "will to power", in so much as he is pointing out that we are creating our own realities. It's not magic. It's just awakening. Enlightenment is not a magical, physical thing. it's simply an awakening through awareness.

"postmodernism" has been a phrase used for a long time now and is, itself, full of smoke and mirrors. Explore every question for yourself. it's the only way to grow beyond catch phrases and popular distraction."
Posted by Scott at 3:52 AM No comments: Links to this post 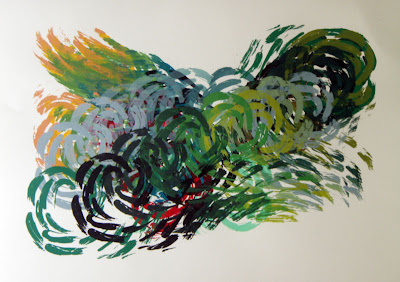 Posted by Scott at 12:09 AM No comments: Links to this post

My new nephew was born tonight at about 10pm
Looks like he's a big one already.
Posted by Scott at 10:30 PM No comments: Links to this post